They say one of the tricks to inventing is taking something that already exists and making it better, well this sums Ricoh’s latest venture that they tried to slip under the radar. 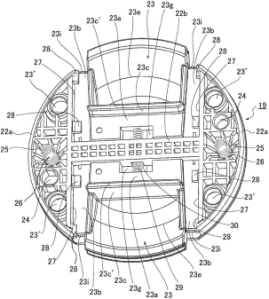 Japanese site Egami have spotted a patent recently filed by manufacturer Ricoh to update the design of the trusty lens cap. Their cap will have a built in impact zone to absorb force, protecting your lens from direct pressure. They have also included a feature described as “automatic opening and closing”, which the details of are still to be unvield.