Shooting on film is reaching a mysterious phase to the casual user, where do I buy it? Where can I develop it? How do I shoot it? 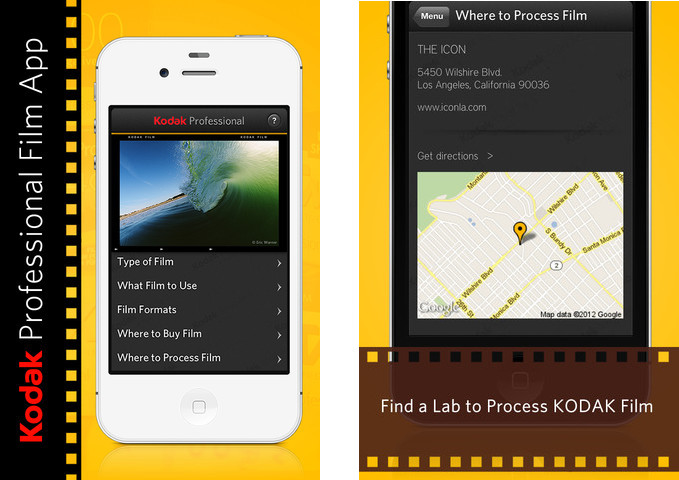 Kodak has released a new app to try and answer some of these questions, “We wanted to give photographers of all levels a resource, literally right at their fingertips, that helps them find film, and recommendations about how to maximize each film’s performance,” says said Dennis Olbrich, general manager of the Film, Paper and Output Systems at Eastman Kodak. “In addition, this app also provides information where customers can find film development services, so that no matter where photographers are, they can find a lab that uses Kodak Chemicals and Paper to bring their photography to life.”

The company has been struggling ever since filing for bank, so hopefully this campaign signals the start in their attempt to re-branding their film division in the digital era.