A council in Scotland has admitted that it overreacted after banning nine-year-old Martha Payne from taking images of her school dinners and publishing them on her blog, Never Seconds. 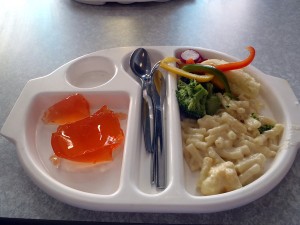 The blog went viral with more than 2 million hits, and gained celebrity and media attention worldwide, all because of a little girl taking photos of her school dinners each day. However, all the focus has also drawn negative attention to the local councils £2-school meal initiative.

In order to stop the negative media backlash, the council attempted to censor the blog by banning Martha from taking pictures within the school. On 14 June, Payne wrote on her blog: “This morning in maths I got taken out of class by my head teacher and taken to her office. I was told I could not take any more photos of my school dinners because of a headline in a newspaper today.”

However, after the public outcry they have been forced to lift their ban – council leader Roddy McCuish says: “There’s no place for censorship in Argyll and Bute Council: there never has been and there never will be. I’ve just instructed senior officials to immediately withdraw the ban on pictures from the school dining hall. It’s a good thing to do, to change your mind, and I’ve certainly done that.”

Never Seconds is now trying to use all the attention to raise money to buy kitchens for schools in Malawi – visit JustGiving to support her cause.