Talk about shooting from a new perspective… the British Society of Underwater Photographers has just unveiled the stunning winners of its 2014 DIVER photo competition. 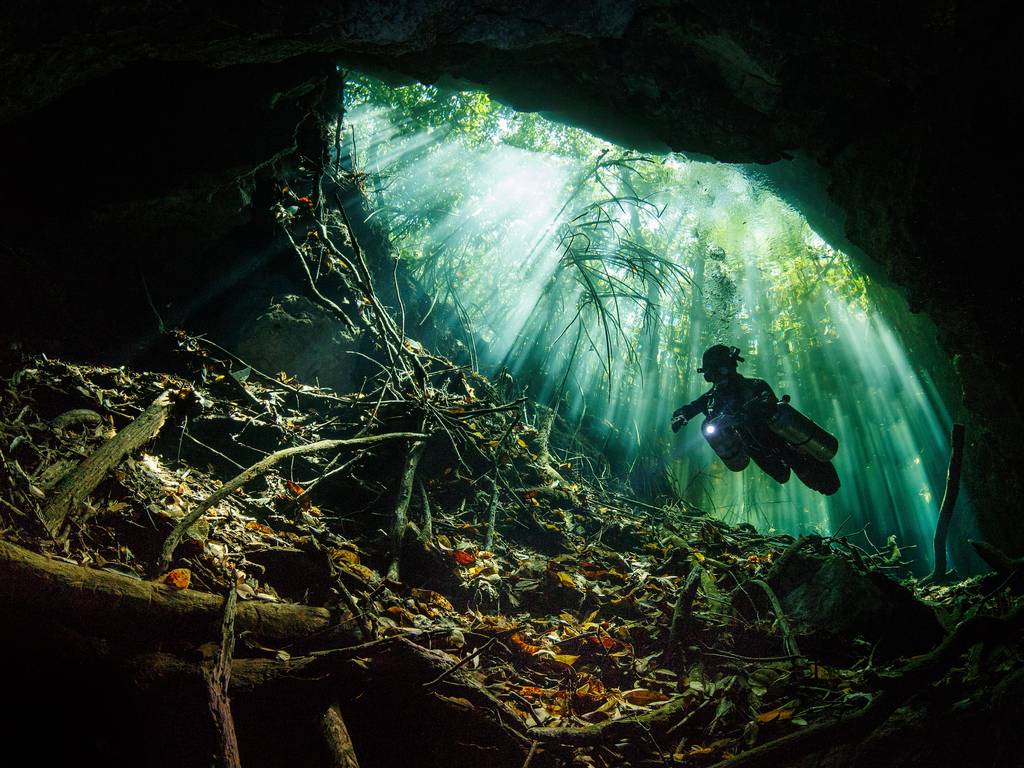 The overall winner was British photographer Terry Steely whose image of the Taj Mahal cenote in Mexico was chosen unanimously by the panel of judges.

The British Society of Underwater Photographers was formed in 1967, and has grown to become the UK’s largest photographic society, with over 250 members. Other winners in the competition included; Nick More for his Blue shark shot and Pash Baker’s Clownfish in an anemone shot.

Learn more about them at http://www.bsoup.org/