‘The Neighbors’ Art or Invasion

Controversy has been stirred by a new photography exhibition in the Julie Saul Gallery, New York City. 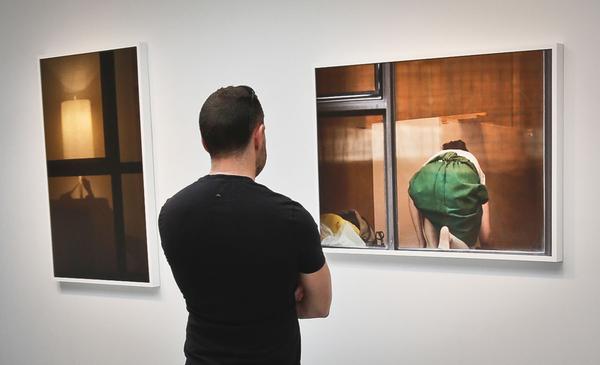 Created by photographer Arne Svenson, the project captures residents of a Tribeca apartment building without their knowledge. Using a telephoto lens, he captures people going about their daily business; cleaning, cooking, etc. Ensuring to obscure or avoid capturing their faces.

However, this was not enough for the residents of 475 Greenwich St. are outraged about the project. One resident told the media “A grown man should not be able to photograph kids in their rooms with a Telephoto lens”.

The owner of the gallery however is shocked at the reaction saying the public’s reaction since the opening has been overwhelmingly positive. “They think it’s beautiful. What really resonates is the quietness and contemplativeness and universality. You can really relate to the characters, who are completely unidentifiable – and that was deliberate.”

The photographer himself Svenson has said “For my subjects, there is no question of privacy, they are performing behind a transparent scrim on a stage of their own creation with the curtain raised high.”

‘The Neighbors’ is running at the Julie Saul Gallery until June 29th, 2013.