The Pulitzer Prize for feature photography was awarded to Javier Manzano a freelancer for Agence France-Presse. 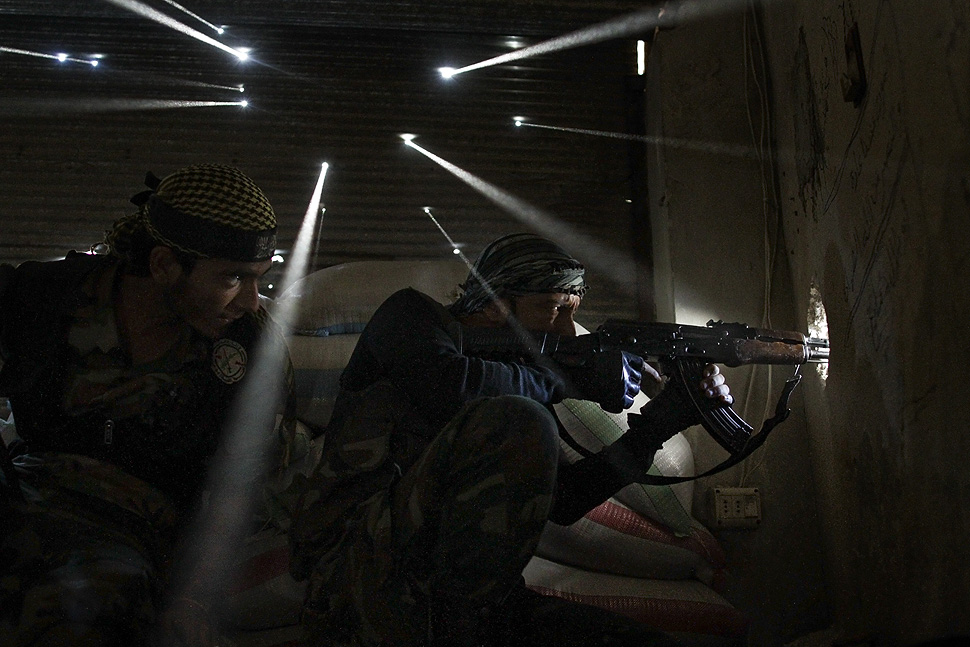 His shot of the Syrian conflict taken last October was awarded top honors this week at the Columbia University in New York.

“Two rebel soldiers in Syria guard their sniper’s nest in the Karmel Jabl neighborhood of Aleppo as light streams through more than a dozen holes made by bullets and shrapnel in the tin wall behind them. The dust from more than one hundred days of shelling, bombing and firefights hung in the air. Karmel Jabl is strategically important because of its proximity to the main road that separates several of the main battlegrounds in the city. Both sides (the Free Syria Army and the regime) rely heavily on snipers in a cat and mouse game along Aleppo’s frontlines.”