The story of American photographer Ed Hetherington’s safari in Zimbabwe has gone viral this week, and his encounter has created probably our favourite wildlife image series ever! 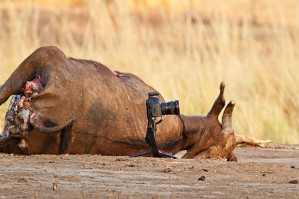 Herthington, who makes his living doing wedding photography decided earlier this year to go on a African wildlife adventure. During his trip he witnessed a lion kill close to his camp, which gave him the idea to set up a Canon 5D MkII next to the kill for a ground perspective of the feeding.

Unfortunately the lioness that approached was more intersted in the 5D then eating, thus ensued a great series of shots as she notices the forigen object in her territory. 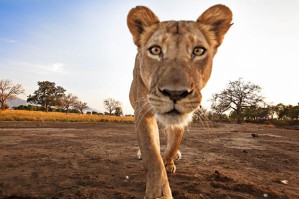 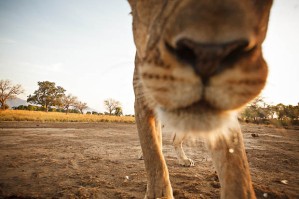