Last month in Japan, Nikon pulled their sponsorship of an exhibition by photographer Ahn Se-hong, due to accusations it was too political. However, a court has now ruled that it must reopen the event. 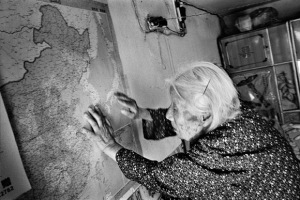 Ahn Se-hongs project titled Layer by Layer explores the life of Korean ‘comfort women’ who were forced in prostitution during World War II in Japan. Following complaints, Nikon took the decision to pull down the exhibition, arguing that Ahn’s images were too political.

Now, a Japanese judge has found in favour of the photographer and has forced Nikon to honour its contract and reopen the exhibition.However, Nikon is being accused of preventing journalists from visiting the exhibition. “At first, Nikon told us it will provide the venue, but won’t do anything else to help,” says Ahn. “However, Nikon is preventing the foreign press from entering the venue and blocking people from taking personal pictures. Not only that, three lawyers from Nikon are following me around everywhere, trying to eavesdrop and record my every move. I’m enduring this for the sake of the visitors, but this is just like the Japanese occupation period. Nikon is trying to find something to pick at so it can shut down our exhibition.”

A Nikon spokesman said the company would not “do things that would go against the court decision” but made it clear that the exhibit would be closed again if it received a favourable ruling any time before the show’s scheduled end on 09 July.